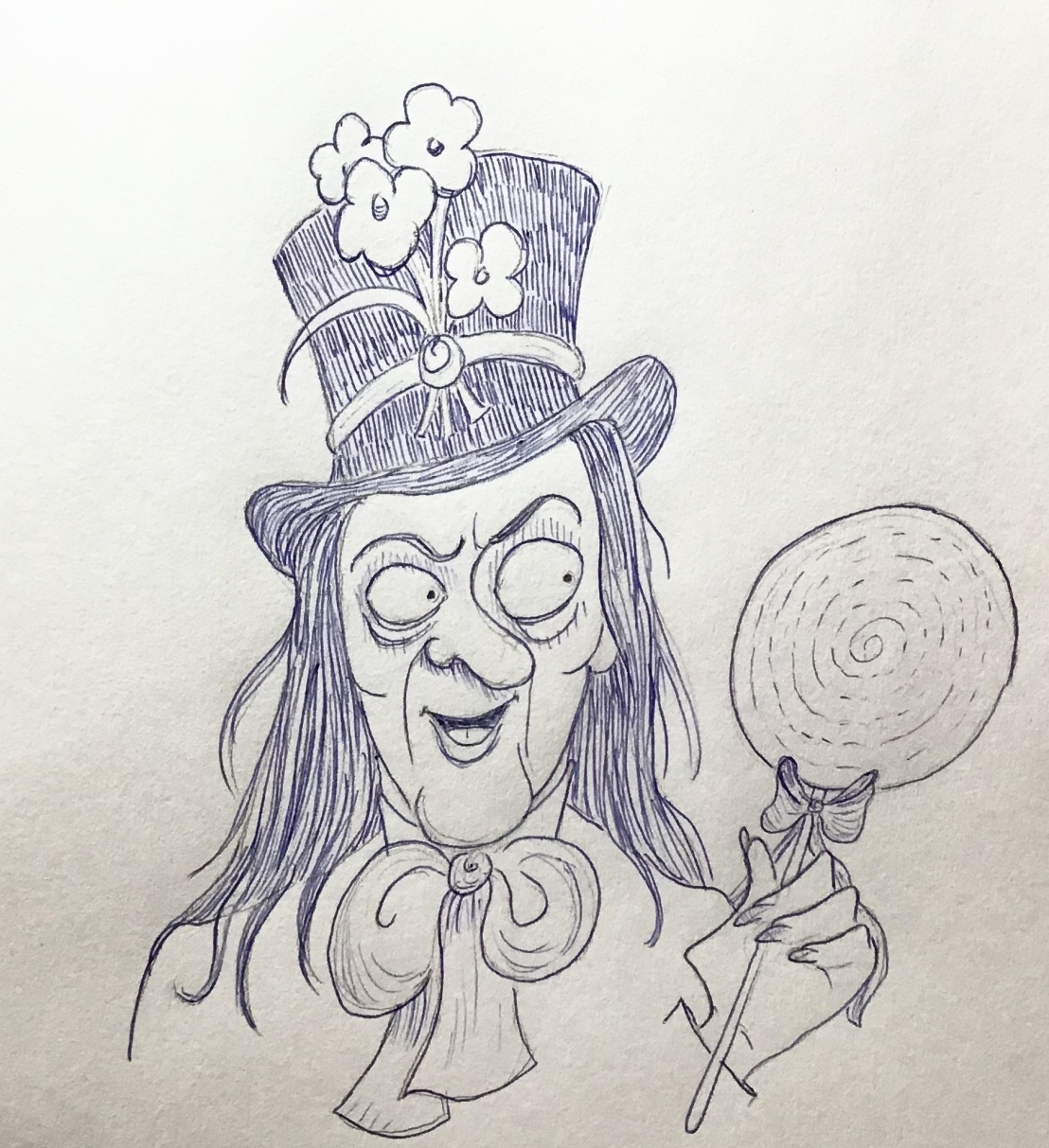 Luke Chapter 4 gives another version of the story of Jesus being tempted by Satan in the wilderness. The devil’s attempts remind me of the Child Catcher in Chitty Chitty Bang Bang, but without the successful results. “Kingdoms! Power! Glory! And All Free Today!”

What I can’t figure out is if the devil really thought he had any chance. Once upon a time he was the greatest angel in heaven, a cherub (Ezekiel 28:14). He stood in the very presence of God. He knew who and what God was. He knew Jesus. He worshiped at the altar of God Almighty. If anyone should have a good idea of what they are in comparison to God it should have been Lucifer. But his utter audacity at trying to get God to worship him is a testament to the power of self-delusion.

I wonder if part of his testing Jesus was to discern if he actually was the Messiah or not. I think we give the devil more credit than he deserves for foresight and wisdom (I don’t think he is wise at all; I’ll get to that next week). Even John the Baptist had his doubts about Jesus. First he says, “Look, the Lamb of God, who takes away the sin of the world!” (John 1:29), but later he sends his disciples to ask if Jesus really is the Messiah or should they be looking for someone else (Luke 7:20). This Jesus of Nazareth, with his humble birth, unassuming appearance, working class family, country accent, and ragtag group of friends, would be a far cry from the King of Kings that Satan once knew in Heaven.

The first temptation in Luke 4 is, “If you are the Son of God, tell this stone to become bread.” (v 3). It sounds like a taunt. I can hear the sneer in his voice, but also some wondering. Perhaps he was thinking, “IF you are the Son . . . Is he? Could he be? I sense his presence and shudder. But a peasant? From Galilee? So common! So ordinary! He can’t be! Yet, he must be. …Is he?”  The lesser demons didn’t seem to have any doubts (see verse 33), but their leader may have done what a lot of clever people do, that is, overthink everything. That is pure speculation, though. Scripture offers no details.

Jesus answers him with Scripture. “It is written: ‘Man does not live on bread alone.” (v. 4, quoting Deuteronomy 8:3).

In the second temptation the devil seems to throw all caution to the wind, like he just can’t contain himself anymore.  The devil led him up to a high place and showed him in an instant all the kingdoms of the world. And he said to him, “I will give you all their authority and splendor, for it has been given to me, and I can give it to anyone I want to. So if you worship me, it will all be yours.” (v. 5-6)  Where I heard a sneer in the first temptation, I hear desperate desire in this one. He is betraying what he wants more than anything, to be God himself and see God humiliated at his feet. If he had a physical body he’d have been drooling at this point.

As exhausted, hungry, and thirsty as Jesus was after 40 days of fasting in the desert, could he really have been tempted by these things? My NIV notes say that Satan was offering Jesus a shortcut to world domination, thus avoiding the necessity of the cross. Maybe, but I doubt if the devil really understood what the cross was all about at that point. If he had, he might not have been in such a hurry to see Jesus get strung up there after he failed here.

And the devil doesn’t seem to have noticed that he betrayed his own dependency upon God in that second temptation. He says that all authority has been given to him. That implies an authority higher than Satan which gave him that authority. Satan doesn’t own the world. He just somehow (Genesis 3) has been given authority over it, like the owner of a building giving the authority to run it over to a property manager.

By the third temptation, the devil seems to be losing his temper. The devil led him to Jerusalem and had him stand on the highest point of the temple. “If you are the Son of God,” he said, “throw yourself down from here. For it is written: ‘He will command his angels concerning you to guard you carefully; they will lift you up in their hands, so that you will not strike your foot against a stone.” (v. 9-11, quoting Psalm 91:11-12.)

It’s like the school bully trying to pressure someone into doing something stupid. “C’mon, just do it. Do it! DO IT!” If Jesus WAS God and jumped, then the devil would have tricked God into defying his own word about tempting God. If Jesus WASN’T God, then he at least would have the fun of watching some pathetic loser plummet to his death.

Jesus for the Win! Three to Zip.

I’m left wondering if the devil really was self-deluded enough to think he could pull off the ultimate coup and make God worship him. We see from Isaiah 14 that he certainly thinks he deserves the job of ruling the universe. And when is evil ever logical? When we look at all the great tyrants in history, we see men whose lust for domination leads usually to madness and always, inevitably, to their ruin in death. Yet, men still become tyrants. History be damned.

Matthew’s version of this story ends with Jesus rebuking Satan and sending him away, and the devil having no option but to leave, once again showing who the REAL boss is here.

This meeting of pure evil and pure good, face to face, got me to thinking about the character of God versus the character of the devil. In the next two weeks I am going to compare and contrast the two. I think anyone who considers the scriptures would find it impossible to believe that good and evil are opposites, two sides of the same coin. It just isn’t so. One is the real thing, the other just a cheap counterfeit. SPOILER ALERT: Shame on anyone who thinks Jesus and the devil are equals/brothers.

If you confess with your mouth that Jesus is Lord, and believe in your heart that God raised him from the dead, you will be saved. For all who call upon the name of the Lord will be saved.  Acts 10:9-13